C-SPAN's academic advisors devised a survey in which participants used a one ("not effective") to ten ("very effective") scale to rate each president on ten qualities of presidential leadership: "Public Persuasion," "Crisis Leadership," "Economic Management," "Moral Authority," "International Relations," "Administrative Skills," "Relations with Congress," "Vision/Setting An Agenda," "Pursued Equal Justice for All," and "Performance Within the Context of His Times."

Surveys were distributed to historians and other professional observers of the presidency, drawn from a database of C-SPAN's programming, augmented by suggestions from the academic advisors. Ninety-one agreed to participate. Participants were guaranteed that individual survey results remain confidential. Survey responses were tabulated by averaging all responses in a given category for each president. Each of the ten categories was given equal weighting in arriving at a president's total score.

Since 2000, when C-SPAN conducted our first Historians Survey of Presidential Leadership, our network has worked with a team of nationally-recognized historians whose counsel guides us on the organization, execution, and analysis of our survey. Presidential biographer and historian Douglas Brinkley, historian and author Edna Greene Medford, and Presidential historian and author Richard Norton Smith helped us craft the 10 qualities of Presidential Leadership on which these surveys are built, suggested names of historians that provide us with a broader diversity of participating scholars and institutions, and provided expert analysis around our results.

In addition, political scientist Robert X. Browning, executive director of the C-SPAN Archives, has consulted on the data and analytics of all three presidential surveys. 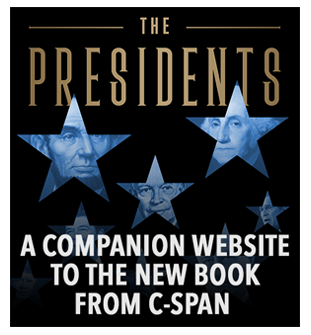 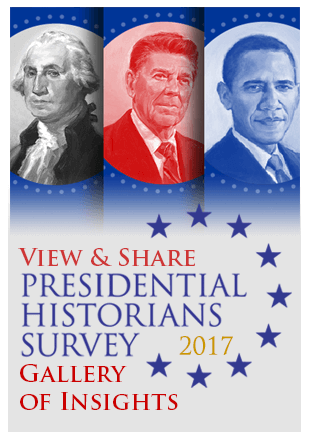